4. There’s a preview of Catherynne M Valente’s new ‘Fairyland’ book: “The Girl Who Soared Over Fairyland and Cut The Moon In Two” here.

5. BuzzFeed collated some of the best children’s book themed Halloween (or maybe World Book Day? 😉 ) costumes ever. Have a look at them here and adore the brilliance that is the Alice In Wonderland.

6. A new study suggested that the bedtime story was dying out. According to researchers, the average modern day child receives three bedtime stories a week.

7. Over on The Edge, Katie Dale asks whether YA girls are too skinny?

8. And finally, Women Write About Comics talks about female antiheroes here. Though the piece is focusing specifically on TV, there’s a lot of crossover to literature in it.

If you’d like to catch up on previous posts in this series, they’re available here. See you next week!

As I’ve turned on the computer to do some work on collating reading resources targetted specifically at girls (at the request of school), I shall check out the Meg Rosoff/Charlie Higson link, much as it pains me on several levels (gendered reading, the newspaper….). Still, thanks! 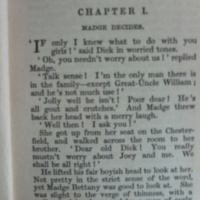