I’ve blogged before on how I love John Boyne’s “The boy in the striped pyjamas”. It’s a hell of a book. Last night I also finally managed to see the film adaptation.

It’s interesting watching a film when you know approximately what’s going to happen. You prepare yourself for the ending. The awful awful stomach-punch of an ending. That’s a given. But what also struck me was the use of light and of music during the film.

There’s a moment, during the earliest of frames, where Bruno and his friends are playing at being airplanes in town. They run down streets, arms held out wide, engine sputters coming out of their mouths. The music is suitably euphoric. It is sunshine and children and so evocative of that perfect childhood moment.

And then Bruno planes past a group of soldiers in the background. A group of soldiers clearing out a housing block and people being thrown into lorries. This was the moment that summed the film up for me. The music just swelled a little bit louder, that tiny infinitesimal increase in volume, and we were pulled away from the scene, pulled to follow Bruno some more down the road. We were still in his childhood. We were still within his frame of reference. He had not noticed what was going on and so we weren’t allowed to notice.  It symbolised the way entire swathes of people just shut their eyes and pretended to not know what was going on. It was a brilliant fragment of a film that said so much more.

The film itself is very quiet and subtle. It never wholly names the “farm” which is interesting. This is a very key thing in the book where Bruno finds out it’s called “Out-With”. There was also an interesting subplot introduced in the film whereby the awesome Sheila Hancock plays Bruno’s grandmother and it’s unfortunate that this is all too brief to gain any coherent impact.

As a whole though this film complemented the book excellently and although it’s not an easy view, it’s a gutwrenching, heartbreaking and beautifully shot film that’s most definitely worth a view.

You need to see this film. You really need to.

One reply on “The boy in the striped pyjamas : film review”

[…] movie (review here) was based on the stunning book by John Boyne which I reviewed here.  Film is a visual medium and, […] 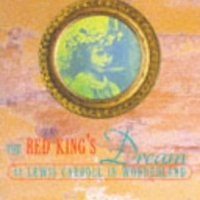