Structure in children’s literature, heck, literature in general, is an odd tricksy beast. If I think of structure, one of the first examples that come to mind(though everything is an example of structure, this one comes first) is Tristram Shandy. Though it still remains not the most readable of books for me, and nowhere approaching children’s literature, I am always fascinated by the structure of it. Sterne’s book, madness, flirtation with order and sentence, is something quite extraordinary. That, coupled with Enuonia, remains one of my great reminders of what books can do and what the form of a book can be.

And to be specific with an example in children’s literature; that flirtation with form, that embracing of what is, is something that Room 13 by Robert Swindells does quite brilliantly. It is a gothic story set in the heartland of gothic-onia, Whitby, and the book itself possesses no chapter thirteen. Chapter Twelve exists. Chapter Fourteen exists. Chapter Thirteen does not.

I can’t tell you how much this thrilled me when we had it read out to us at school. I still remember the way that the entire class let out a low, stunned, “Ooooooh” when the teacher showed us the blank pages. It’s such a brilliant, clever stylistic touch which adds so much to the story. It is the story inhabiting itself (lord, how I hope this makes sense) and being more than the words on the page.

And that’s what we want, as reader, as writer, we want these stories to live and to burn in our hearts. We give ourselves when we read, when we write, and there’s nothing more pained than finishing something and feeling – nothing. Just the turn of a page and a blank, emptiness inside you.

I don’t want that. As writer, as reader, as big old book nerd, I do not want that. I want literature to mean something. Art should give you something, whether it’s something you understand or don’t, you should be able to recognise (lord, not even recognise, just feel ) something different about yourself at the end of it. The closeness of reading is particularly potent. You are in somebody else’s headspace for the entirety of that encounter – and that’s amazing to me. It always has been, it always will be. The transformational power of a text.

That’s why structure’s so important. It is the shape, the framework of that encounter, and it has to be accessible. Every book wants you to unlock it and to be part of it. There’s no fun in something which doesn’t want you to be part of it. I am a selfish reader sometimes. I need to be needed. I want to feel like I am actualising this story and if I sense that it doesn’t need me, that the structure is too tight and too dense to let me in and doesn’t care about that, then I feel like I’m missing out.

(And I think, I think I have found my structure for my book. It is not what I expected but if I had expected it then I’d have been eating chocolates and watching DVDs for these past few weeks rather than slash, slash, slashing with my red pen. What can I tell you about it? Well. I will tell you this:

Every book is a performance, I think, and mine is no exception). 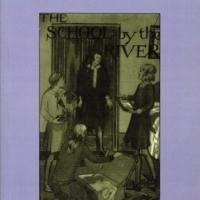 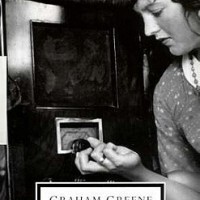