Let’s talk about roofs. Niche, I know, but something that’s sort of starting to needle at my imagination and what with a visit to Oxford yesterday, and my current reading of (the incredibly lovely) Rooftoppers, I thought it was an appropriate time to explore this.

See, the thing about roofs is that they’re inacessible, usually. They are places that people can’t get to, not easily, and they’re everywhere. And I think sometimes we can miss that, because we’re simply so used to seeing them. They are always there. Every building has them. They are invisible through their visibility.

But, I think, not everywhere has them quite like Oxford.

Phillip Pullman wrote about them so evocatively in Northern Lights: the ‘irregular Alps’, the playground of Lyra and Roger and the college children, running around and waging warfare on each other. The roofs of Jericho are Lyra’s, madly, passionately, and she is free there. There’s something very symbolic to me about growing up in a place of learning and running straight to the top of the building to be both above it and in control of it. 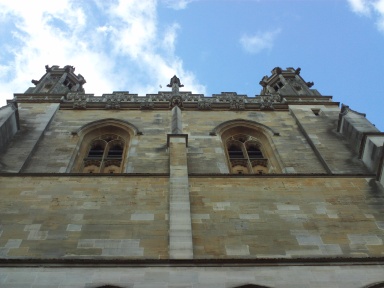 Lewis Carroll has Alice pushing at roofs and height all the way throughout her adventures in Wonderland: growing too big for the house, her neck stretching, that sort of concern with being both too big and too small and never quite the right size for the world she inhabits. And in the case of Alice, this is particularly potent because of the history of Lewis Carroll Alice Liddell and the creation of the books themselves.  And as the tour guide on my excellent tour yesterday explained, life in Christ Church was not simple for Alice and so she was told this story as a sort of escapism but also as a sort of distraction so that the children did not get in the way of the Dons of the college.

Another great son of Oxford, CS Lewis had his roof moment. The Magician’s Nephew sees one of my most beloved (though textually awful) moments in children’s literature. That point where Polly and Diggory clamber through the roof space into the next house? It’s one of those moments so simple and yet so rich, that culminates in something so awful, that it makes my heart catch every time I read it. Curiosity. Awful, wonderful, curiosity.

And so I come to Rooftoppers, a book I am reading at the moment,written by Katherine Rundell and inspired by both Paris and the roofs of All Saints College. I am only part of the way through but I am thick with love for it already. It is a sort of heady mixture of something very girlsown-y to me, but also the exquisite nature of an Eva Ibbotson and the wise yet whimsical overtones of a Cornelia Funke. And because I have it here, in my hand, I will share with you one of my favourite moments so far: “From the roof, the moon looks twice as large, three times as beautiful. The moon, seen from the rooftops, is a thing worth spending time on”.

I think I’m starting to understand my fascination with roofs and the shape of them against the bluest of February skies. There is freedom on these roofs, the space for a child (and an adult, I’d imagine) to be what they want to be. To not be tired, to not be subjugated, to not be under the whim and control of another. Here, on the edge of the buildings, on top of them, dwarfing them, you can’t help but feel big. And powerful. Because you’re free. 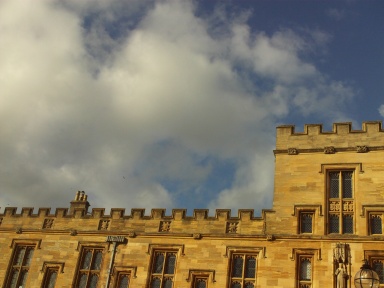 And that freedom is such a big thing in children’s literature. It’s why you’ll read a thousand books with dead parents. Or why books about evacuees exist. Or summer holidays. Or parties. Or anything where the regimented rule of adults is broken. Anything where the control of their lives is handed back to the children and so the children themselves can drive the story, can make it, because a story where they do not, is a story half lived. 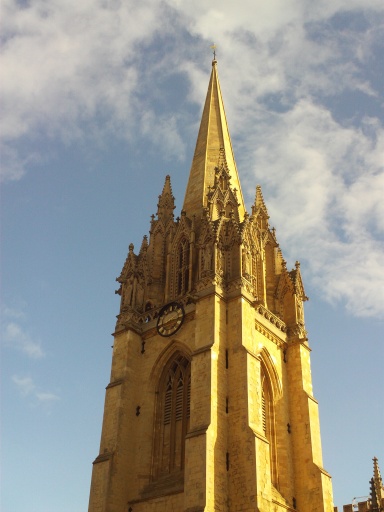 Buut I think that, maybe at the heart of it, is this idea of freedom. That these spaces on top of the world, in the world, and yet miles away from everyone, are maybe some of the most freeing spaces on this planet. That what you do here, matters. That you matter. That Sophie, Polly, Digory, Alice (and Karou, and Betty and Elizabeth, and…) matter, and they matter on their terms. That being here in this space where you are in control of your life and destiny matters. The exhilaration of that. The perfect thrill of it.

7 thoughts on “Roofs in children’s literature”