Was 2014 the year children’s literature made itself known?

Whilst there’s an obvious issue in such a grandiloquent statement (viz. children’s literature has always been ‘known’, etc, etc) I do think there’s something in that idea and this is going to be the blog post where I attempt to unpack that sentiment. In other words, it’s an end of year reflection post ladies and gentlemen, hold onto your hats.

To establish an idea of a paradigm shift, we need to first think about what a paradigm is. Or was. And I think in the state of children’s literature, a lot of it has centred around Vampires. It is still the first thing I get asked. “Do you write vampire books? What do you think about Twilight?” Twilight, for all its problematic nature, was one of the biggest break out stars from the world of children’s literature. It crossed. It shifted into the wider world and, rather than being viewed as ‘just’ a children’s book (how that phrase makes me itch just in the writing of it!), it became a franchise. And despite the amount of children’s books that get adapted into films, I still think you could argue that there are an incredibly minute amount of them that exist as ‘franchises’. The Hunger Games. Twilight. Harry Potter. Things like The Maze Runner and Divergent are trying, I think, but they’re not on a par with those three. Not yet. So is that our paradigm? Maybe, but the idea of franchise is an awkward way to express it so let’s try and do it a bit better than that.

I think, perhaps, what we’re coming onto is the idea of branding. The idea of author vs brand which, in a way, isn’t a question of two diametrically opposed parties at all. It’s an idea that was expressed in a talk that I attended (the audio is awful but the slides are still worth a glance) and illustrated by the varying covers that the James Bond books by Ian Fleming have (approx: 35 mins in). it’s quite striking to see the different treatments that are applied to the positioning of the different words – author, title, “Bond” etc. And it’s something that I think we can see reflected in some of the bestselling children’s books of today.

Have a look at The Long Haul (Book 9 of the Wimpy Kid series) and compare that against Girl Online or Paper Towns. All three books are presenting the idea of what they are in very clever and subtle ways. They’re branded, quite indelibly, with a certain level of identity and there’s a message in that that comes through to their intended reader. And whilst I acknowledge that this isn’t a new phenomenon (you only have to look back at something like an Angela Brazil cover vs an Enid Blyton), what I am, I think, trying to say is that this is becoming much more paramount because of the way we buy books. We are a visual culture. We are saturated in semiotics each and every day and books need to partake of that culture. They need to (re)define it, in a way, and that’s something being done by books like Othergirl or The Art of Being Normal which both comment on their respective genres and subtly state their position in said genre.

That last idea, about stating where you stand in something, is one I want to dwell on a little bit further. The idea of context. The idea of books situating themselves in a dialogue with each other and with themselves and with the greater idea of literature in general is, I think, one that children’s literature is becoming less and less afraid to do. Whilst there have always been books which have slid out of the children’s shelves and slithered their way across to the general fiction shelves in the library, they’ve tended to do it in a somewhat abashed and furtive manner. Different covers. New editions. Books that are conscious of where they came from and worried that they might, if somebody notices, get sent back there.

And I don’t think that happens as much now. There’s an almost palpable sense of identity straining at the edge of the children’s book section in my local Waterstones and the teen books in my local library are things which are falling off the shelves and screaming to be read. That – that – pride in what they are and what they do, is something which has been developing over the past few years but it’s something I think that made itself very known this year with things like YALC in particular.

So maybe that’s it. Maybe this idea of children’s books being sort of segregated and sort of denigrated for what they are is a historic construct. Maybe it’s not quite as necessary and longed for and as needed as it once was. Maybe, just maybe, we’ll give a picture book for a fiftieth birthday present instead of a voucher; we’ll be confident and exuberant readers who go anywhere in the library and pick up what we want; we’ll treat the bookshop like we treat the sweetshop on the way home from school; these borders, these boundaries won’t exist, reading will just be like breathing (and for a few, we lucky few, we band of brothers and sisters and mums and dads and children, it already is)

God, I think that we’re in exciting times. I’ve spoken before how I think we’re reading a golden age of children’s literature right now, and I still think that’s true. I think that because there are authors like Non Pratt, Susie Day, Katherine Rundell, Mal Peet, Frank Cottrell Boyce, Anne Booth, James Dawson, Tanya Byrne, Viviane Schwarz and a hundred thousand more that are making wild and innovative and brilliant books.

I think that we’re living in this odd, strange and thrilling space where children’s literature is making waves and sort of fighting to be recognised as the great and terrifying and wondrous space that it is. And it’s working, guys, I think it really is.

Great article! What I find fascinating, looking at children’s lit and its history, is that a specific literature was created for children so that they didn’t have to be subjected to adult literature – they had books that spoke to them in words that they would use rather than having to bow down to an adult literary world. Pioneers like Dahl made that even more thrilling for children. And now we have a reverse process – adults reading children’s/YA books. Harry Potter paved the way for that I think – I still remember separate covers for children and adults. It’s a fascinating time indeed for children’s literature.

Yes! I think the HP books were one of the first to *do* that in such an obvious and overt manner. It’s so interesting right now to look back at how things have changed so swiftly 🙂

Wow! I was enjoying this post very much – and then I came on my name and I am SO PROUD you counted me in that list. Thank you so much! ANYWAY… back to your excellent post. I agree! I DEFINITELY agree with giving picture books for 50th and every birthday before and after birthday presents. They are beautiful in themselves, and they are stories, and everyone needs stories. I am expecting a set of Paddington Books for Christmas. I think there are truly wonderful books for children being published and I can’t wait to read more of them in 2015.

Hurrah! (I LOVE the sound of a Paddington set for Christmas by the way – I must look into that 🙂 ) 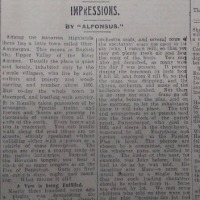 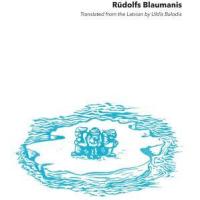