Nara and the Island by Dan Ungureanu

That’s saturation. Colours of the same spectrum and yet, so different in density that they’re saying totally different things. The red of a Harry Potter spine, the red of a blush. The thickness of colour. The language of colour, really, is what I’m inching towards. The semiotics of shade. 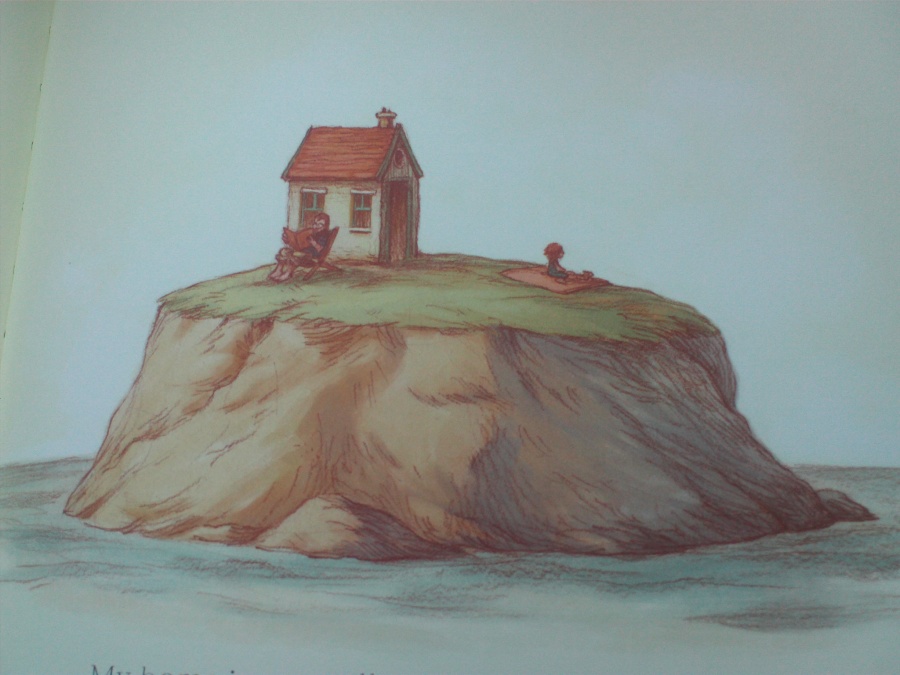 Colour says a lot. More, sometimes, than anything else on the page. It can be used as a focal point, a hey, look-here vibrant tint of blue against a white expanse, or it can obliterate the detail that shouldn’t be seen. Make you blind, make you see. Make you read a story much more than that which the words hint at. And that’s the thing about picture books, that’s what they should do. They’re a dance between text and image, a dance that’s performed in the arena of the page and book, a pas de deux of story.

Nara and the Island by Dan Ungureanu is an arabesque. It’s an arabesque precisely because of his approach to colour and the lyrical way in which its used. This fableistic, quiet tale is set on one island with Nara and her father, and one day they set out to “the other island”. Dad’s rationale for this is clear: their boat is now fixed, and fixed boats call for adventure. They are going to find “the big fish” and whilst he rows around the other island, Nara is allowed to explore the shore. In doing so, she comes across the island’s greatest secret, namely Aran – a friend of her own age. The final scene sees the two of them hand in hand sharing Aran’s favourite place in the island.

I talk about colour with this book because it’s what struck me the most about it; big pale washes, almost old-fashioned in tone, but rather deeply evocative and noteably handled. This is dream-colour; hazy-edged frames, white space, shadows and moments that echo back to that great wilderness explored in Where the Wild Things Are. And I loved it.

It’s an unfinished story, open-ended, vividly romantic, and again it made me think of fables and of parables, because we don’t know what happens. We have story that can be completed in a thousand ways or, not completed at all, and it’s only the little understated note in the endpapers that gives a hint of what might happen. Give me clever endpapers that use their space, that pull their weight, and I am happy, I truly am.

A book of rhythms, of echoes; of names that pattern each other, Aran and Nara, and the urge to find something that is your own. The commonalities of difference. Nara’s island is “a little small and quiet, where it’s hard to find a hideaway” whilst Aran’s is “noisy and wild, he’s always trying to find a bit that’s just his.” There’s something deliciously empathetic underpinning this book, a sense of togetheness despite difference, and again, I come back to that use of colour, that underpinning thread throughout Nara and The Island. Because that’s the other thing about saturation and tone and colour. It brings things together. It’s a story note that sounds even when we don’t want to hear it, even when we don’t know it’s there. 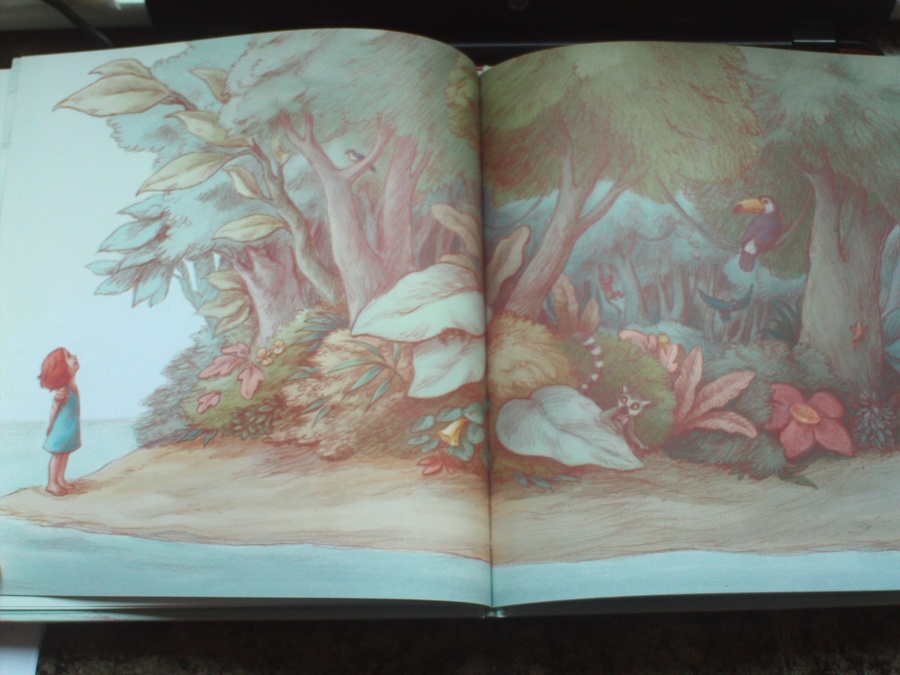