Rhythm and Rhyme in Madeline

Rhythm is a comforting thing in picture books. At a stage when the reader is pre-literate, or developing their literacy, and the book is being delivered in the norm by another, literate, individual, the aural nature of language comes to prominence. Or, to be less wordy, rhythm and rhyme are deliciously divine.

We hear words before we understand them at this stage. We may not even know that they are words, that CAT means CAT and not DOG and that HELLO is not a name, but we do know that they are there. We know what they are. We know the shape, the feel of them – how a nursery rhyme has a badumbadumbadum rhythm to it and how a song has bits where we feel happy and bits where we feel sad and how when mummy is angry, we see it in her even when we don’t understand it.  It’s through this – this bathing – in language that we acquire it.

The book that I’ve chosen as an example for this post is the divine Madeline in London by Ludwig Bemelmans. Just pause for a moment over that sentence and look at it. Look at the way divine and Madeline roll into each other; the fat wide embrace of divine and the way it propels you towards Madeline and then dissipates into formality and rigidity with the flat vowels of London and then the precise, closed nature of Bemelmans. The way we have three, maybe four, very distinct sounds and feels in a title of the book.

Just as a guide, when I refer to specific moments in the story, I’ll use a / to illustrate the line breaks. So when you see something like The Cat / Sat / On the Mat, it actually appears like this: 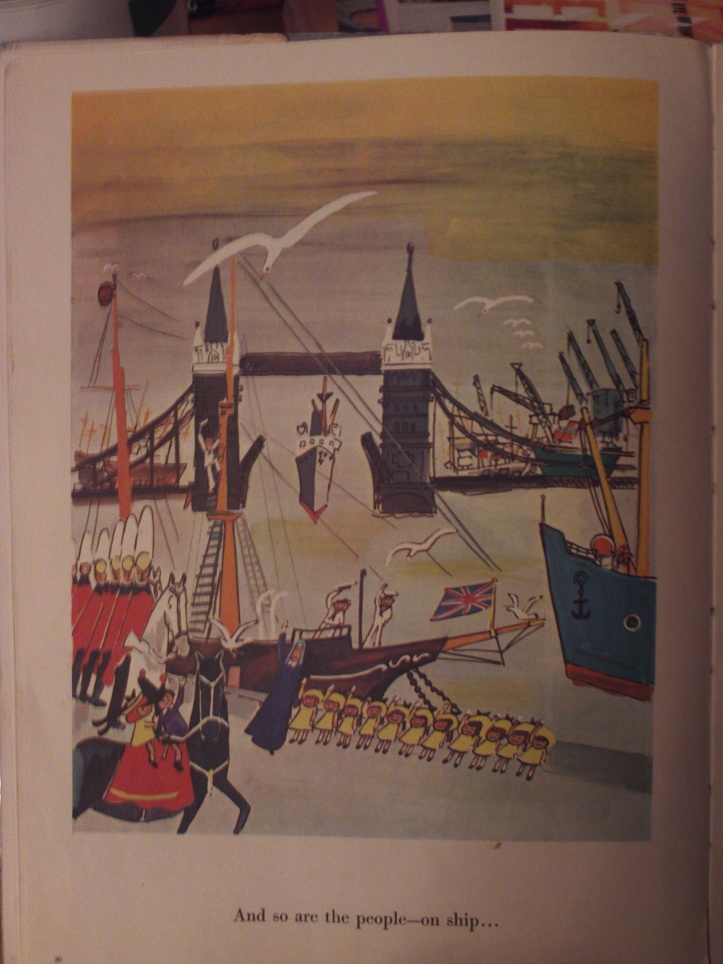 Firstly, perhaps, I should clarify my choice of book. Why Madeline? Well, perhaps, because of openers like this: In an old house in Paris / that was covered with vines / lived twelve little girls in two straight lines. / They left the house / at half past nine / The smallest one was Madeline.”

Now pause and go back to that sentence. See how it propelled you, how it pulled you into it and how, in a very swift very sure manner, you’ve already been given the world. You know our heroine is Madeline, and that she’s the smallest (youngest?), and that she lives in a school (?). But more than that you’ve been given warmth, and safety. This narration is sure and it is strong and it is very rarely wrong. You, as the reader, are pulled straight into the story and through the performing of it, you become the narrator. It is a story that pushes itself towards being narrated because it is so vividly aural. You hear it, so clearly. 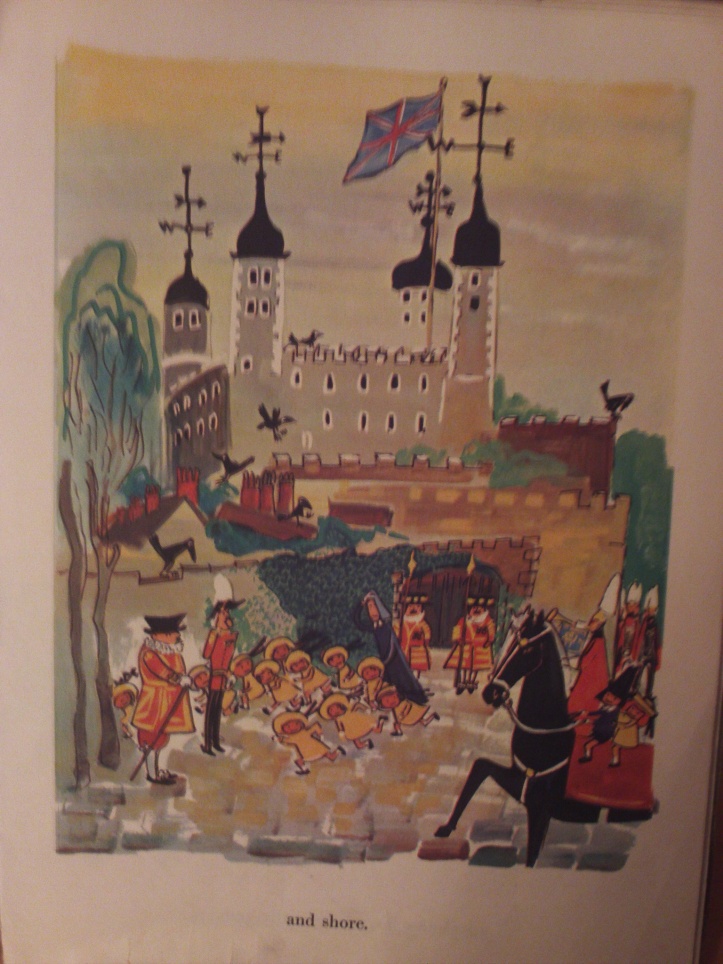 Structurally it’s superb. Each picture, coloured in an evocative mixture of pale watercolours (?) and inks is accompanied by a tiny moment of text all of its very own. It is, for want of a better phrase, superbly French at parts. The impressionistic backdrops of the London street (But in London there’s a place to get / A retired horse to keep as a pet) mesh with the Lowry-esque nature of Madeline and her contemporaries marching past a line of boys, the girls steadfastly face forward and the boys, all of them, all look at the twelve little girls in two straight lines.

Or the way the girls themselves became a thread throughout the story, continuing on their path through a tumultuous pile of British iconography, walking past castles and flags and royalty.  It becomes a game of spot the girls and letting their reactions lead you and pull you in. And somehow they’re always eye-catching; blunt in their vivid matching dresses and their saturated, thick colours. Once you know what the girls look like, you know, even when they change dresses and positions. The indivduals may remain indistinct but the girls are always, but always the girls.

You see that’s the other thing about books like this. They give you confidence as a reader; the ability to know that the language will go badumbadumbadum and then revel in the moment when it does because you knew it was coming. . There’s a power there, a subtle reward mechanism in the story. It’s saying that once you master this, once you comprehend the way this works and what to expect from it, you’ll get it again and again. And they give you comfort and security; this is not a tricksy book. It will not turn on you and wrongfoot you because it wants to be read. It practically demands it.

So, what to make of books like this? Revel in them. There’s a glory to the rhythmic picture book, a bonding between reader and – readee? – in that the words sing and they bring everyone close to them. There’s music here and it’s music to be exploited. Sing this, dance this, clap this. Wave your hands as you catch the rhyme between them and then taste it and laugh at the illustrations and wallow in this glorious book.

Because Madeline in London? It’s a proper good ‘un.

(See, that rhyming thing? It’s a skill that not everyone can do. So when you do meet it, when you find it and perform it to your children in a cod-Serge Gainsbourg / Je Ne Regrette Rien accent, make sure you enjoy it for it is the greatest of things.)